Mayor Lehmann thanked the QFES for their contribution to the equipment and for the excellent working relationship that has been forged between QFES, SES, Council and community.

“With “flood boat response” as one of Toogoolawah SES Group’s functions in the QFES / Somerset Regional Council Memorandum of Understanding, this new boat ensures that Toogoolawah SES flood boat operators can continue to provide a vital service when called on by residents or other emergency service agencies during severe flooding or emergencies that require a reliable marine-based response,” he said.

“The boat and trailer have been fully funded by QFES at a value of approximately $94,000, while the crew cab was jointly funded through a Council contribution of $48,500 and a Queensland government QFES equipment grant of $20,000.  Council will continue to take care of ongoing costs of the boat and vehicle with the exception of registration, which QFES covers for the life of each asset,” Mayor Lehman said.

The new Ford Ranger 4WD crew cab has a custom-built service pod (canopy) for carrying emergency equipment, and the boat has a carrying capacity of eight persons, including two crew, and is powered by a 85kW (115hp) Yamaha outboard motor. 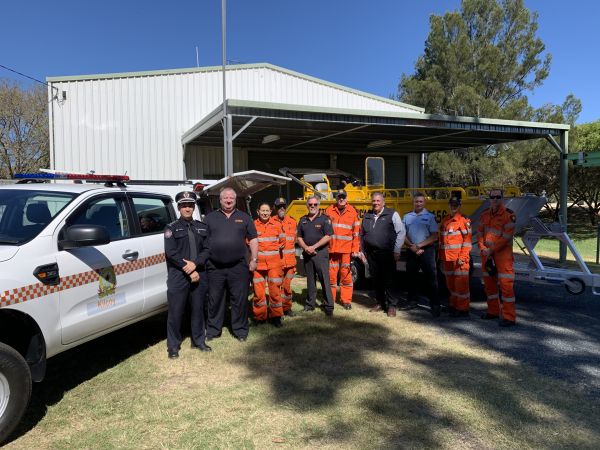